Home About Us History

What honored names on history’s page,
O’er whose brave deeds we pore,
Have knelt before our sacred shrine,
And trod the checkered floor!

Fraternal associations were born when man first awakened to his need for a friend. Through the ages, mankind has adopted some kind of fraternity adapted to its age and environment. Freemasonry stands supreme among all fraternal organizations of men, by the magnificence of its works, the holiness of its purpose, and the sublimity of its ideals.

When eight Masons constituted themselves into a Masonic Lodge, little did they realize of the significant impact that their initiative would make in this bustling heritage city. They chose the name, “Lodge Pandyan”, depictive of the legendary Pandya kings, whose splendor and tradition glorified this city for nearly 4 centuries.

Their first informal interaction was on 16th November 1889. In due course, they obtained a provisional warrant dated 4 January 1890 and met as a regular Lodge on the night of the 18″ day of January 1890. W Bro Robert Fischer was the Master for the first three years and his re-election as Master for the second year is worth recounting.

The Minutes Book records that “He was elected Worshipful Master by acclamation” The District Grand Lodge came down on the Lodge with the ruling that the election bv acclamation was illegal. This ruling did not deter the members, who decided to have no further election, and W. Bro. Robert Fischer continued to be the Master for the second year in succession. 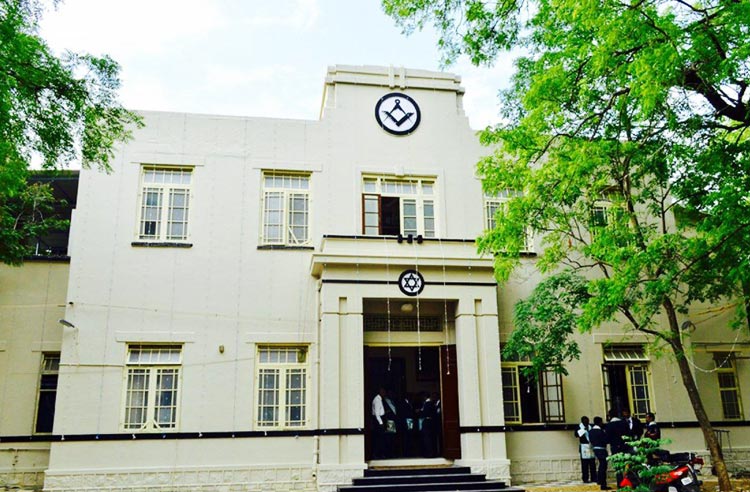 The Lodge initially had its meeting place in the upstairs of W Bro Robert Fischer’s office, almost adjoining the 400 years old historic Thirumalai Nayak Palace. The official records of the United Grand Lodge of England, stand testimony to this fact. The Lodge did not pay any rent for the use of this place. However, it paid an unviable monthly allowance of Rupee ONE to the peon of W. Bro. Robert Fischer.

The First Temple was erected at a cost of about Rs. 15,000 on the Pechiammah Padithurai Road, in the city of Madurai. Ready for occupation in 1897, the list of donors was headed by Bro. Raja of Ramnad, with a contribution of Rs. 4000.

The founder Master W. Bro. Robert Fischer paid for a small strip of land adjoining the existing site to enable the Temple to be constructed. The financial strain and difficulties encountered in the construction of that Temple hung heavily on the Lodge for very many years.

Bro. Kottaiswamy Devar, Zamindar of Palayampatti, a Founder Member of the Lodge had committed a contribution of Rs. 1000 for the building fund. But unfortunately he died before any payment could be made. The Lodge was pleasantly surprised by a communication from the proceedings of the Court of wards, directed by the District Collector of Madurai reading:

“The subscription of Rs. 1000 promised by the late M R Ry Kottaiswamy Devar to Lodge Pandyan be paid when funds are available.”

This generosity proved to be hereditary. In the year 1915 the son of Bro. P. Kottaiswamy Devar, namely, W. Bro. P K Ramachandra Devar, presented as Gift to the Lodge nearly One and a Half Acre of valuable land for the purpose of building the Second Temple. The present Masonic Temple stands majestically on this beautiful piece of land so generously gifted by family members of the Zamindar of Palayampatti.

As early as in September, 1919 the Deputy District Grand Master while presiding over the DGL at Madurai remarked:

“When recently at Kodaikanal, the question was mooted to me whether that beautiful hill station should any longer remain without the light of Freemasonry. The establishment of a Lodge there presents peculiar difficulties, but it seems to me, looking to the number of Freemasons who gather there in the hot weather that it might be practicable to establish a season Lodge – a Lodge meeting during a portion of the year only. Such a Lodge would form a rallying point for Freemasons from various parts of the District.”

Through subsequent decades, the question of holding meetings of the Lodge at Kodaikanal was seriously debated.

Finally, it was under the Mastership of W.Bro.V Rajendran during 1965, that the Lodge took courage to hold an emergency meeting at Kodaikanal in the summer of May. Encouraged by its success, the regular meetings for May were held at this Hill station. 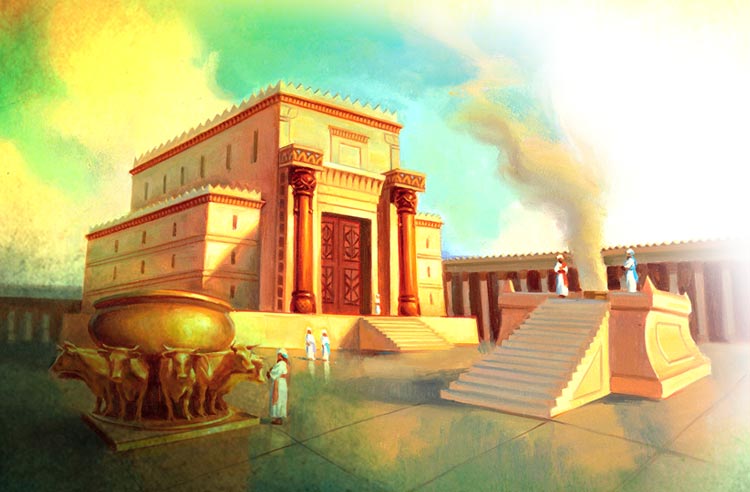 Another important feature introduced during the 1950’s is “Past Masters’ Night” – to revive the interest of the Past Masters in the working of the Lodge. Every year, the Past Master’s Night is held at the regular meeting in November.

The Lodge has had the honor of having sponsored 5 Lodges within the first centenary. W. Bro. H A Minchin who was the Master of this Lodge in 1894, on his transfer to Trivandrum, established a Lodge in that city after his name, in 1897, Lodge Pandyan being the sponsoring Lodge.

After a lapse of 65 years. Lodge Pandyan sponsored the founding of another Lodge at Thanjavur – Lodge Sri. Brahadeeswara 1962. This was followed by Lodge Rajasabai in 1972, Lodge Kodaikanal in 1978, and Lodge Meenakshi in 1986.

A History of the Lodge will be incomplete if no mention is made of the side Degrees that have been established in the City of Madurai. Chapter Pandyan was consecrated on 1 February 1913, Mark Lodge Kudal was consecrated 11 years later on 16 October 1924.

The Kamak Conclave of the Order of the Secrel Monitors was consecrated on the 18th February, 1956 and this has made a steady progress during the last 50 years. At regular meeting on 5 December 1964, Lodge Pandyan sanctioned the use of its Premises for the proposed Royal Ark Mariner Lodge Kudal in Madurai which was consecrated on 20 April 1966, a living memorial of the Platinum Jubilee of Lodge Pandyan.