Home About Us Warrant under GLI

The progress of Lodge Pandyan under the GLI has been phenomenal. Three initiates of the Lodge, R.W. Bro C. A. Ramakrishnan I. C. S, OSM, R. W. Bro. A. S. Rajasabai OSM, and R. W. Bro. V. Rajendran OSM became the Regional Grand Masters of the Regional Grand Lodge of Southern India in the years 1967, 1978 and 1987 respectively.

The Platinum Jubilee of the Lodge was celebrated in 1965 and the centenary in 1990. The Lodge has the distinction of having sponsored five new Lodges during the past 120 years – Lodge Minchin, Lodge Brahadeswara, Lodge Rajasabai, Lodge Kodaikanal, and Lodge Meenakshi. 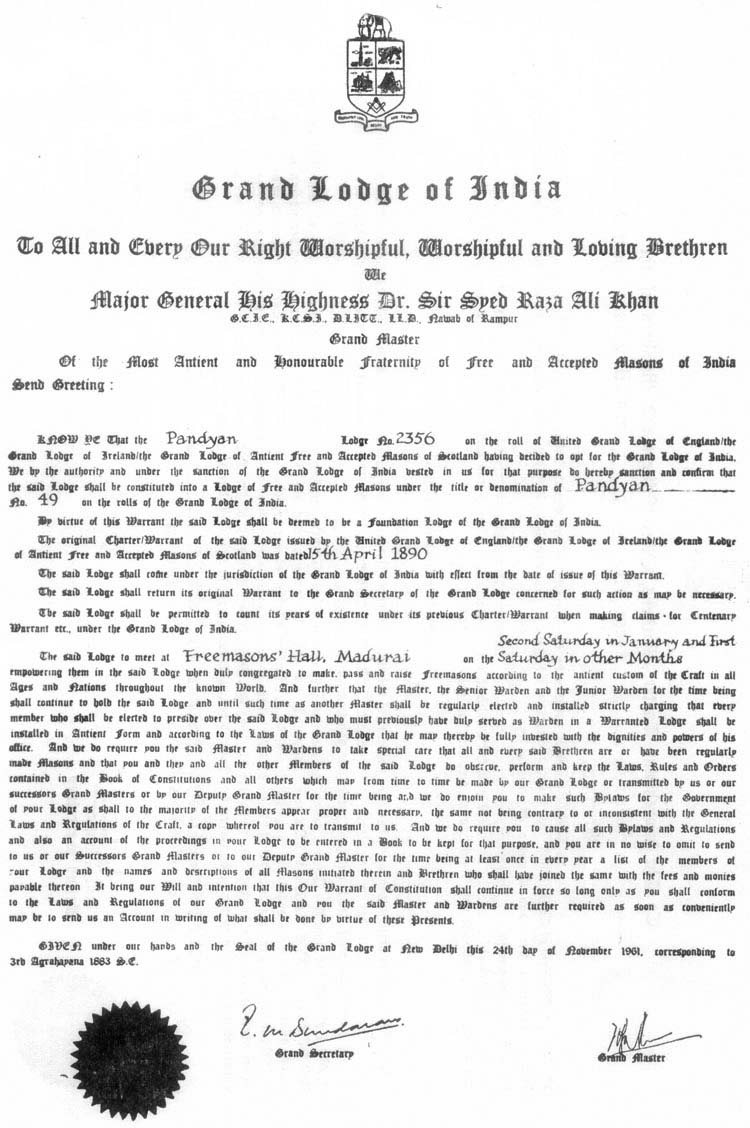